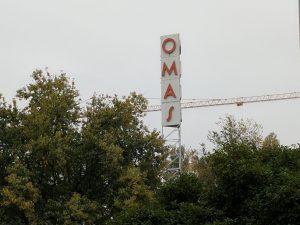 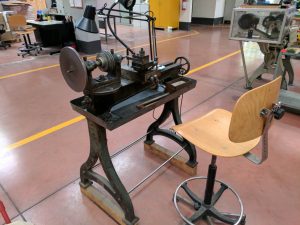 OMAS stands for Officina Meccanica Armando Simoni. The company was founded by Armando Simoni, who also designed the tools and equipment needed to manufacturer the OMAS line of pens.

OMAS manufactured a variety of pens, the top line being the faceted Arte Italiana range, as well as a variety of limited edition pens. In their history, they introduced a number of cutting edge designs including the “Doctor’s pen” (which had a tiny built-in clinical thermometer) and the double-nibbed Itala in the 1920’s and the 361 model in the late 1940’s whose nib could be used as a hard writer if handled in one position and as a flexible writer in another. Their last major design innovation was the 360, a fountain pen with a triangular body to maximize grip and writing comfort, launched in 1996.

The largest size pen manufactured as a non-limited edition in their most current production was the 12-faceted Paragon, the second largest being the Milord. Omas’ product range was last updated in 2005. The Milord model became the size of the pre-2005 Paragon model. OMAS continued to release limited editions based on their earlier style pens.

In 2000, the French company LVMH acquired OMAS from the heirs of Armando Simoni. It was the only writing instrument company in its suite of companies. In October 2007 the Xinyu Hengdeli Group of Hong Kong purchased 90% equity stake in OMAS. Xinyu had a strategic partnership with LVMH and planned to use OMAS for its expansion of luxury goods in the Asian market. The company continued to be unprofitable and in 2011 it was sold to another Chinese company, O-Luxe. O-Luxe decided to close Omas in November 2015 and the company entered voluntary liquidation in January 2016 ceasing all trading. 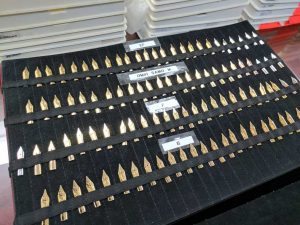 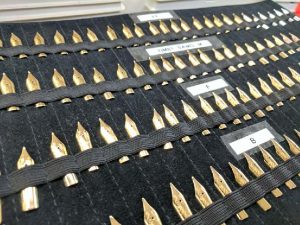 Omas was one of the few companies still making their own nibs and feeds. 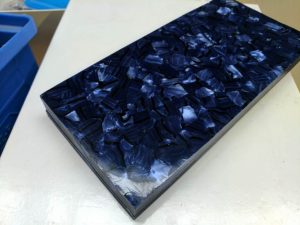 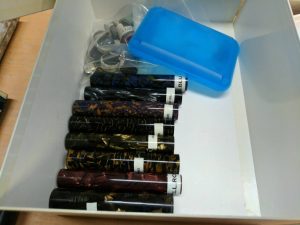 Massive stocks of Omas’ signature celluloid were left behind for the auctioneers gavel. 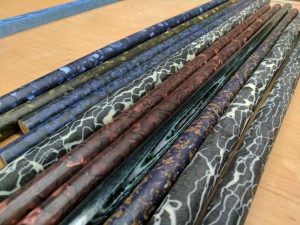 While not shown here, the famous and sought after Arco was scarfed up rather quickly.

The sample stock of new or untested colors on the above right in polished samples.

Long rods of colors in use and retired from yesteryear. I remember selling many Omas

Galileo fountain pens back in 1993, with a special black and white veined celluloid, which

again. Of course this was false, as you could see with the introduction of many other pens, from the Urbano fountain pen, (100 pens made) to ballpoints to current production of more limited editions

in the 360 collection, to modern oversize Paragons and Milord fountain pens. 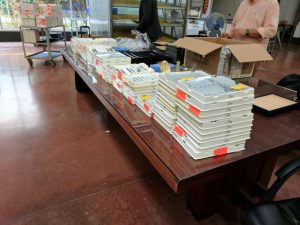 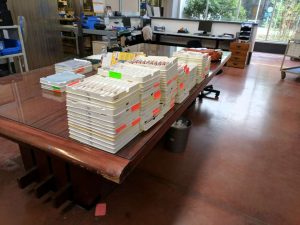 I can only imagine what these trays hold.  Hundreds and hundreds of fountain pens ready to be boxed,

packaged, and shipped around the world. 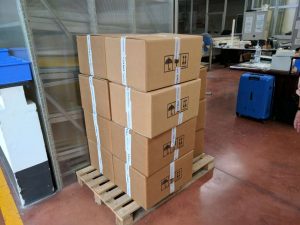 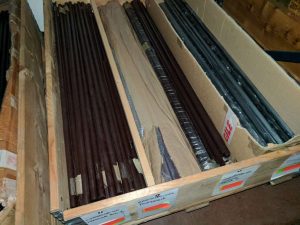 Didn’t get a close up to know what came in these boxes or if they were ready to be shipped out.

avoid damage in shipment. Many theories are out there where these materials come from.

This writer has seen Italian  factories that make celluloid in person, but understand that there

are companies in Asia making it as well. 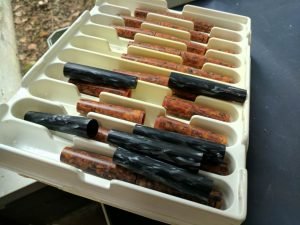 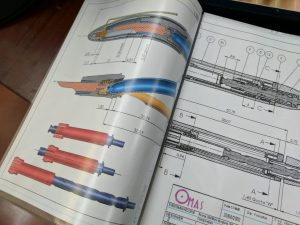 Oh how to get one’s hands on a manual such as this one. Manufacturing and or repairs,

this will become invaluable in the years to come as pens are in need of service. New parts

will become harder to find as stock slowly dry up. 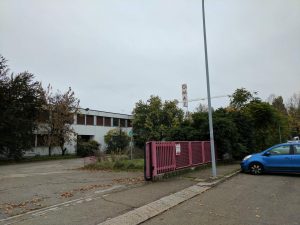 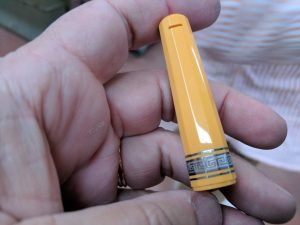